Baccarat en Banque: How to Play and What Differences Are 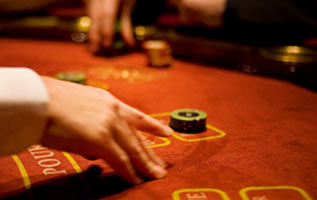 Together with Punto Banco and Chemin de Fer, Baccarat en Banque is the main baccarat variation, a part of baccarat three-members family which had been popular first in France (the 19th century) and all over the world afterwards. Today this variation is played preferably in Europe and it is rather difficult to meet Baccarat en Banque in America or Australia: it is the fact that even not all European casinos provide their clients with this baccarat variation.

What makes it to be special?

It would not be news if we told you that the object and card values of Baccarat en Banque do not differ from other baccarat variations: want to win - get 9 points from the bet you've made. As for card values, the same situation:

The same tips and betting systems are used to play Baccarat en Banque; but what makes it to be special then? Well, there are some differences between this baccarat variation and other ones. What are they?

But if a player says "Banco" three times and s/he loses three times, it means that this player can not try his/her luck to become a banker anymore.

Usually, the rules of Baccarat en Banque can vary from one casino to another though generally they are the same with Chemin de Fer and can be described as following ones:

5 points - chooses whether to stand or take the third card

Takes the third card or stands as s/he wants.

Anyway, it is better to learn all the basic baccarat rules in order to understand the concept; and after that it will not be difficult at all to play any of three main original baccarat variations.