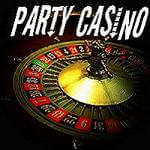 Every sphere has its heroes and gambling world can also boast with some popular names of casino experts; these people are not only good players who know everything about a particular casino game but also bestselling authors of popular gambling books. Speaking about baccarat, not only one baccarat player can be called a real expert: they are well-known by their enormous winnings and losses, bestselling baccarat books they had written, their inputs in baccarat development etc.

Here you can find the names of each baccarat player who really deserves a right to be considered as an expert of gambling sphere. Some their names can be known not only by baccarat admirers but also other casino games' fans: these people are experts not only at baccarat in particular but at the whole gambling world in general.

Probably, Agent 007 is the most popular baccarat player who is familiar to many people if they like watching movies: this film character is a real fan of baccarat game, and this fact can be easily read in all Ian Fleming's novels about James Bond and in some films about Agent 007 (some directors made Bond to be the admirer of poker). First movie where you have a pleasure to observe James Bond plying baccarat was Casino Royale of 1967; the same movie of 2006 does not show us this moment: Bond plays poker there.

This man is famous for his huge winning at baccarat card game: in 1990 he came to Atlantic City Casino and made a single bet of $200 000. Guess what? He had won $6 million at once! Anyway, Akio should have remembered that luck is a very unpredictable thing: he came back to the same casino and the same baccarat table in a half of a year and made a bet of $1 million (!); yes, he had won $2 million then but what about other $10 million? Certainly, he had lost them!

Frank Scoblete is a popular American gambling author whose books have always been bestsellers in the USA because of their capability and usefulness for casino players; he has the nickname The King of Scobe and considers himself to be an expert of craps though his books describe almost all casino games including baccarat. The most popular book on baccarat of Frank Scoblete is The Baccarat Battle Bookwhere he reveals all secrets of baccarat systems and different strategies and determines which of them really work or not.