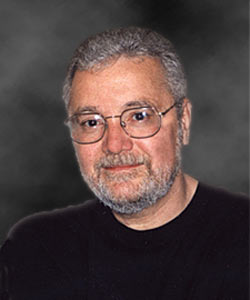 Only if you are completely new to the gambling world the chances are you still do not know who Frank Scoblete is; if so, it is a high time to change such situation. So, please, welcome one of the American bestselling gaming writers, whose books about different casino games have always found their readers: people had a chance to open many new facts about their favorite games from Mr. Scoblete's books. Though his favorite casino game is craps and most of his books are devoted particularly to this game, Frank Scoblete does not forget also about such card games as blackjack and baccarat of course.

Speaking about Frank Scoblete's life, it can be mentioned that he did not think of the career of a gambler first: he has 3 Master's degrees on History, Philosophy and Literature; he worked as a writer, editor and publisher; he tried to play at the theatre where he met his future wife Alene Paone; he wrote some reviews of books and restaurants for some New York newspapers. But it was his theatre which helped him to understand that gaming was his real passion.

Let's have a look at Frank Scoblete's main dates of his biography in order to understand this wonderful person better:

Since then, Frank Scoblete has written many different books on the topic of gambling, including The Baccarat Battle Book where he described the existence of the phenomenon of baccarat counting: Frank tried to prove that it was possible to use card counting playing baccarat though there were some secrets and tips to follow in order to achieve a success.

The book was published in 1999 and it became a best-seller at once as gamblers found there answers to all their questions concerning the game of baccarat:

All experts recommend The Baccarat Battle Book for new comers because they can find a lot of useful information concerning baccarat casino game there; moreover, all books of Scoblete are very easy and interesting to read, so, you can choose his books both for education and entertainment.

Such a nickname Mr. Scoblete sometimes uses for his books; he has written in about 15 books about the gambling world and today he continues to write books as well as different articles for gaming magazines (there are in about 50 of them - American and Canadian ones); Frank is often invited to give some lectures and he has several web-sites, main of which is www.scoblete.com